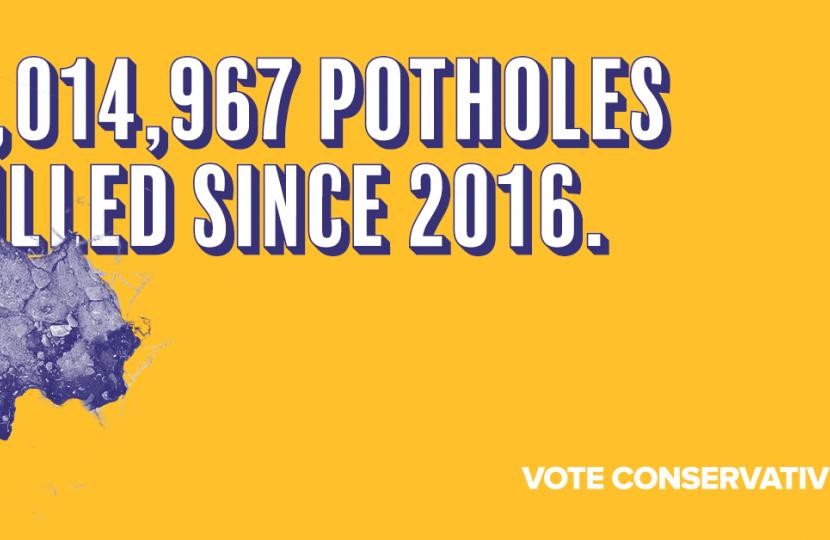 Two million, fourteen thousand, nine hundred and sixty-seven to be precise. That’s how many potholes Conservative-run councils have fixed since 2016.

That’s how many Labour have filled in the same time. Quite a lot, but not nearly as many as the Conservatives. Conservative councils actually fixed more than that last year alone.

29 billion pounds. That’s how much money we’re investing in England’s roads as part of our National Roads Fund. It’s also the single largest cash injection to England’s road network ever.

On 29th October 2018 we allocated £420 million to help councils repair potholes (it also covers other road damage and keeps bridges open and safe).