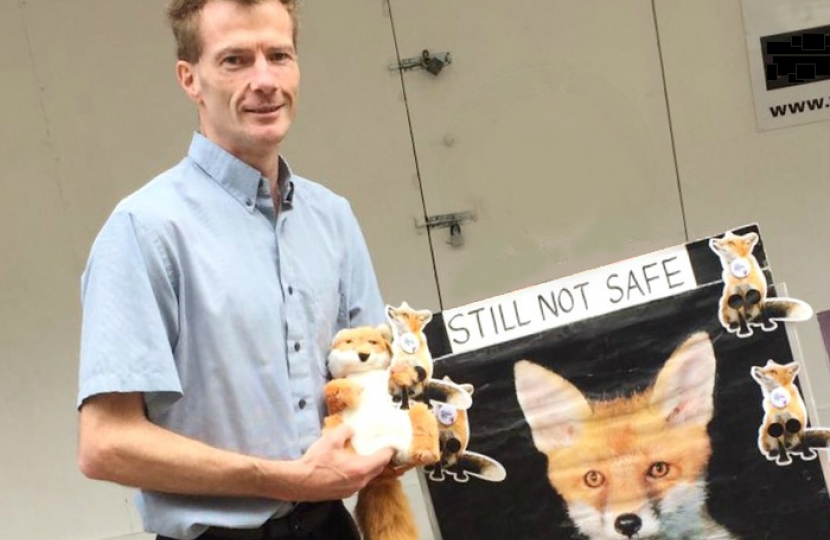 John told the street campaigners, “I was a natural scientist, I am a keen bird-watcher and I love wildlife. I think it would be a waste of parliamentary time to re-open the debate on so-called blood sports and I have not seen any scientific evidence to support a cull of any wildlife. Cambridge voters are far more interested in the real long-term challenges facing our country: education, health and social care, transport and housing.”

John has previously tweeted about how his wife often reminds him that he doesn’t actually have to comment on all the dead badgers, foxes, deer and other animals that they pass on the road when they are driving around the countryside. On one recent journey, he was saddened to see three badgers in the space of just five miles along the A603 west of Cambridge.

The street campaigner, who preferred not to be named, praised the support of Tracey Crouch, who has represented Chatham & Aylesford in the Commons since 2010. John was pleased to explain that he and Tracey are good friends and that he had previously spent considerable time campaigning on her behalf in her Kent constituency.

Nearly 100 Cambridge residents have already written to John ahead of the general election on 8 June to find out where he stands on animal welfare issues such as fox-hunting and the trial badger culls.