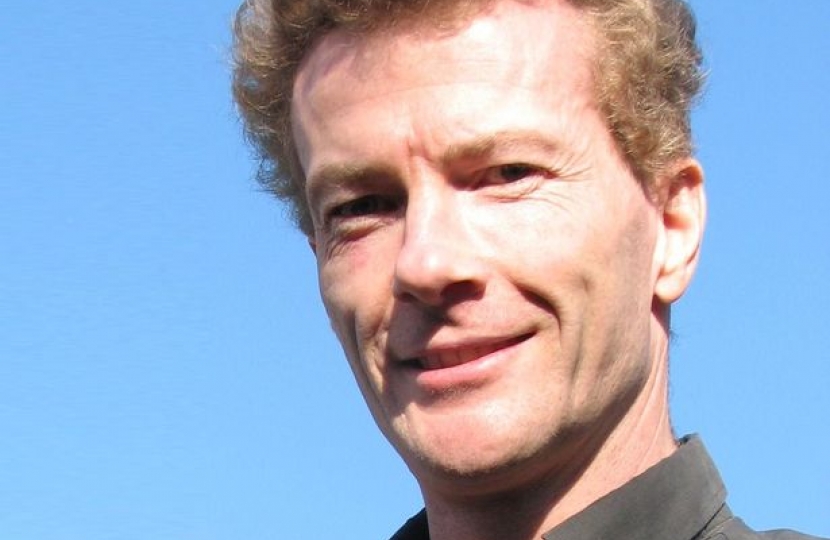 The Cambridge City Conservative Association is excited and proud to be supporting John Hayward to be the next MP for Cambridge. Local social reformer Dr John Hayward will be an excellent addition to Theresa May’s Parliamentary Team in next month’s General Election.

Not the usual career politician, John studied genetics at Cambridge University and has had a career in international development, helping to empower some of the world’s most deprived communities.

“I first came to Cambridge as a student in 1989 and I have maintained strong links with the city ever since,” John explained. “Both of my children were born at the Rosie and attend local state schools. I am therefore delighted to have been chosen to stand on behalf of Theresa May and the Conservative Party in this great city.”

Despite being born with just one arm and no legs, John founded a successful adult education institute in one of the former Soviet republics, for four years he worked as the Executive Director of a Cambridge-based social reform charity, the Jubilee Centre, and he has already worked closely with MPs and Government Ministers.

Lately, John has been working as the professional manager of the Conservative Party’s Policy Forum, the national body that enables members of the party to help shape government policy. In this role, he has had direct contact with the Chairman of the Prime Minister’s Policy Board, which developed the Conservative manifesto. John has also been training politicians from newly emerging and developing democracies around the world to make their policy-making processes more inclusive, with greater citizen involvement.

John explains why he believes Cambridge will turn blue in next month’s election: “Of all the candidates standing for election here in Cambridge, I am the only one who would have any influence with Theresa May and Government Ministers. As that famous dancer, Ed Balls, has noted, for any MP ‘the only way to stand up for the people you represent is to be in government.’”

Speaking on behalf of Cambridge Conservatives, the Party’s former Envoy to the Trades Union and Cooperative Movement, Lord Balfe said, “John’s determination and capacity to rise to any challenge, particularly in the face of what many would consider to be significant physical disability, have long been a source of inspiration to others.”

John has volunteered as Chairman of a local Scout Group and served eight years as a primary school governor, including two years as one of Cambridgeshire County Council’s two elected Parent Governor Representatives.

Over the years, John’s consistent service to community has twice been publicly recognised. As a teenager, he was awarded the Cornwell Scout Badge (“the Scout V.C.”) in honour of his “pre-eminently high character and devotion to duty”. More recently, a university where he earned a Master’s degree in the States granted him an honour reserved for alumni whose accomplishments “promote excellence, uphold integrity, and foster creativity”.

East of England MEP Vicky Ford commented, “John is an excellent choice to be the Conservative Candidate for this election. He brings an understanding of how the academic, scientific and voluntary sectors all contribute to the rich mosaic of Cambridge. He would be an excellent representative for Cambridge.”

Cambridge Conservative Chairman Julius Carrington added, “John’s personal fortitude, along with his commitment to social justice and helping others, would be a real asset to the city and to Parliament.”