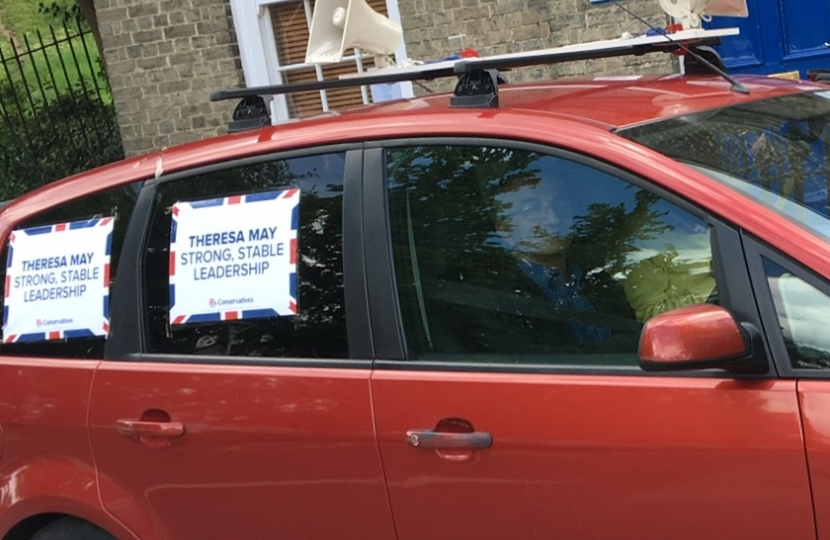 Former Labour Minister Peter Hain tweeted during a recent visit to Cambridge that the city is a "vital marginal where vote for Lib Dems could even allow solid Tory vote to win".

Even Jeremy Corbyn's ex-MP candidate, Daniel Zeichner, has told a couple of public hustings that he knows it is a three-horse race and thinks the city could deliver a shock result on election night.

Cambridge Conservatives are attracting national and international media attention for the impact they are having on voters in the city.

Theresa May's candidate for Cambridge, Dr John Hayward, is deploying both traditional and modern campaigning methods to demonstrate that the Conservatives are serious when they say every vote counts and every voter matters.

John said, "I have done a lot of work with international politicians from newly-emerging and developing democracies to promote greater representation and participation in their nations' elections. So, I want to encourage as many people in our diverse city through as many means as possible to participate in this all-important election."

John's modern methods include a high profile campaign on social media and telephone canvassing. His traditional methods included their van equipped with loudspeakers driving around shopping centres and residential areas last Saturday. From a van covered in posters calling for Theresa May's Strong & Stable Leadership, voters across the city were invited to back John's positive message of a Smart Brexit that is a good and fair deal for the city's universities, hospitals and high tech industry.

Canvassers from all parties are finding a lot of fluidity and indecision on the doorsteps. The LibDem ex-MP candidate has admitted to journalists that he is being met with an apathetic response on the doorstep. Both Labour and Conservative door-knockers are finding a lot of former Labour supporters who say that they cannot support Jeremy Corbyn’s extremist policies and that they will be voting for Theresa May’s candidate on June 8th.