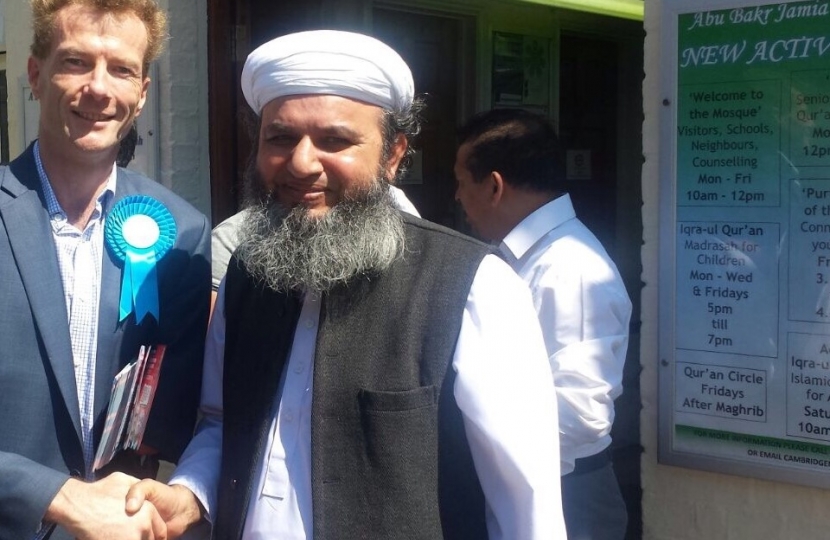 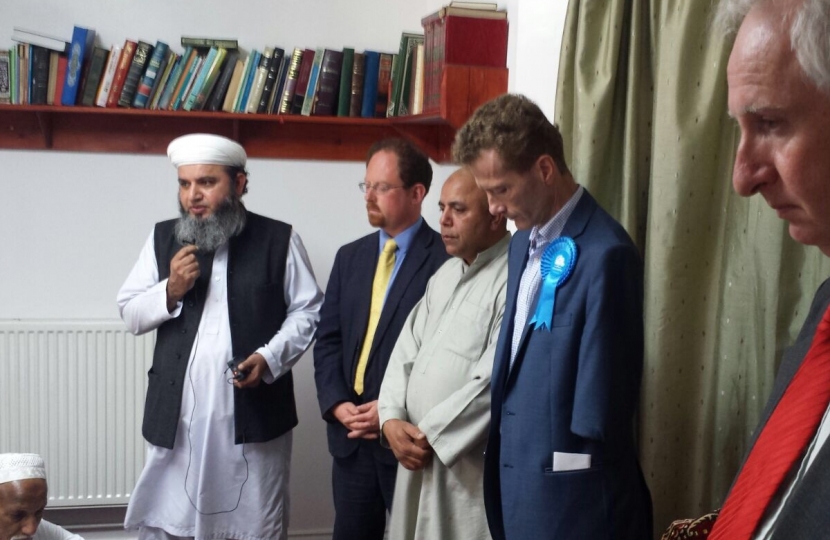 Following the horrific attack in Manchester earlier this week, the three main parliamentary candidates for Cambridge attended Cambridge Mosque for Friday Prayers to observe a minute’s silence with the city’s Muslim community.

Just a week earlier, the Conservative candidate Dr John Hayward had told the community gathered at the Abu Bakr Masjid, “Britain is one of the world’s most successful multi-racial, multi-cultural, multi-religious societies.”

This week, he reminded them that, despite the attack in Manchester, this remained true. He went on to urge them, “It is therefore vital that we do not allow people of violence to force any of us from the public square or civic arena.”

John Hayward assured the community that he has spoken with Cambridgeshire’s Police and Crime Commissioner Jason Ablewhite and, “The police are engaging with communities—especially those disproportionately affected by this week’s attack—to provide public reassurance, information and visible policing.”

Unique among the candidates standing for election on 8 June, John Hayward has lived and worked extensively across the Muslim world. He noted that “Extremism—especially Islamist extremism—threatens to strip people of the freedoms they should enjoy, undermines the cohesion of our society and can fuel violence.”

Earlier in the week, John Hayward drew upon his experience with international politicians from newly-emerging and developing democracies to sound a message of hope after the Manchester bombing:

“Those who are opposed to freedom and democracy only have to succeed once to hit the headlines. Yet, the response we have seen from our great city and across our great country to what happened in Manchester shows that people are determined: the freedoms that have been hard-won for us by previous generations do matter; our generation does still treasure them; and we will defend them for the generations that follow.”