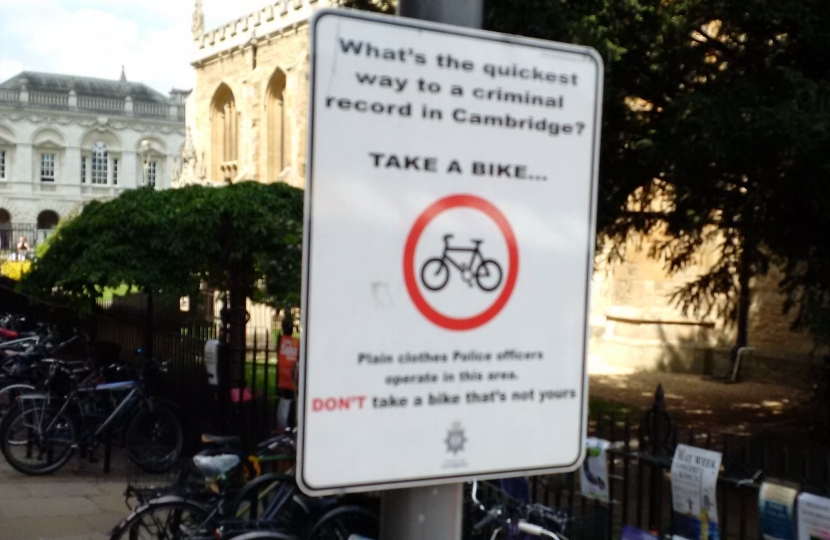 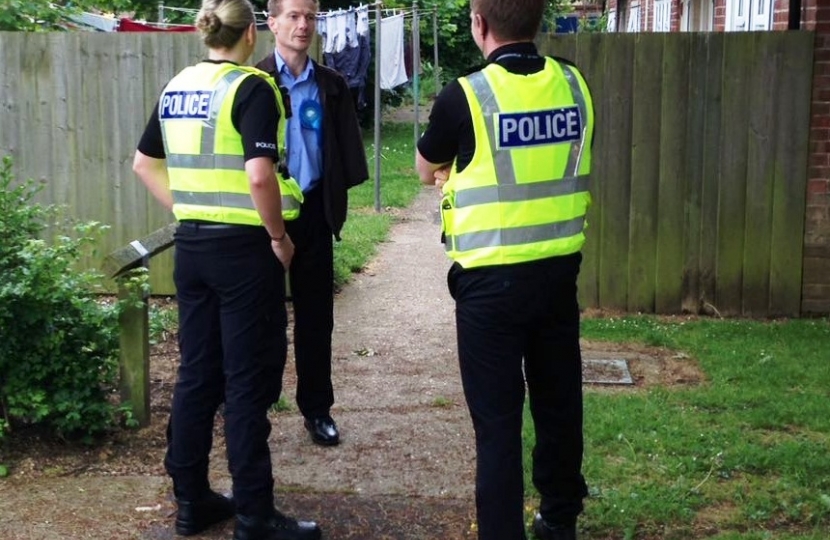 Conservative Parliamentary Candidate‎ for Cambridge, Dr John Hayward, his family and campaign team leaders have had three bikes stolen this month from the streets of Cambridge. That doesn't include‎ a fourth bike that another member of his team had stolen last week during a daytrip to London.

The irony is that John Hayward‎ is unable to ride a bike himself, as he has artificial legs, although the rest of his family all cycle every day and John says "There have been many times when I've been stuck in Cambridge's rush-hour traffic, wishing that I could ride a bike!"

John's son was the latest victim of the city's active criminals. He said, "I‎ got a new bike just one week ago and rely on it every day to get to college and around town. It was padlocked at Kelsey Kerridge while I went wall-climbing with friends on Tuesday, but even the lock had gone missing when I came out. The kind of person who does this doesn't care about the inconvenience and consequences for others. Thankfully a friend was able to drive me home afterwards."

Speaking with the other general election candidates in Cambridge, John Hayward has learned that two of them also lost bikes to the city's thieves in the month before the election was called.

“I have spoken to local police officers and, of course, I understand the police force is facing a huge range of issues,” John explained. “The atrocious events in Manchester just last week highlighted again the importance of counter-terrorism and the incredible job that the police and security services do to keep us all safe.  And I know that drug-dealing and domestic violence are far more serious issues for the Constabulary here in Cambridge.”

“Nevertheless, Cambridge police have previously been reported as saying that it is not worth reviewing CCTV footage of bikes being stolen,” John continued. "If that’s the case and we can’t catch the persistent offenders who target our great city’s thousands of cyclists,” he asked, “then what's the point in having all the CCTV cameras around?!"  It is a question he has heard many cyclists ask and one that he will be taking up on behalf of local residents with the county's Police & Crime Commissioner, Jason Ablewhite, at their next meeting, later this week.

During the last academic year, criminals stole 2,173 cycles from the streets of Cambridge, which accounts for 13 of the top 100 bike theft hotspots listed in police recorded crime data, more than any other local authority area.  The overall rate for bike theft in Cambridge is 16.6 per 1,000 people, almost twelve times the national average of 1.4 thefts.