A Breath of Fresh Air for Cambridge 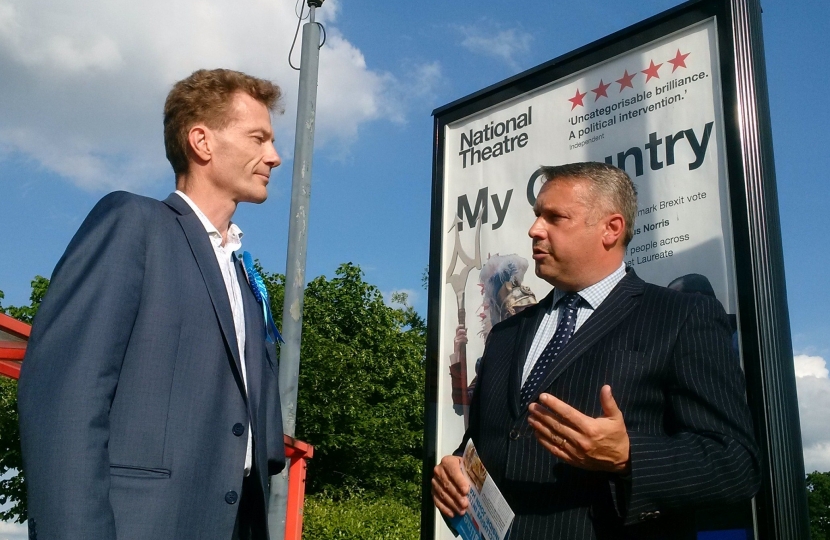 John Hayward met with Jason Ablewhite, Police & Crime Commissioner for Cambridgeshire. Jason mentioned that since he became PCC last May he hadn't been approached by the former MP or any other candidate and described John as "a breath of fresh air for Cambridge", endorsing him to become the city's representative in the next parliament.

Jason and John discussed stronger action against bike theft. They also spoke about the challenges for the constabulary of drug dealing, domestic violence and the impact our mental health crisis has on police resources.

Afterwards John said: “We are going to have make a lot of tough decisions in the coming years, but I am confident we can make Cambridge safer by working together with the city council, metro mayor and county constabulary. As you know, my team and family have had a few bikes stolen in recent days and I'm still curious as to why it's so difficult to get hold of the CCTV footage. I will push for more secure bike parking and support ‘Operation Wiggins’, the British Transport Police bicycle marking and lock giveaway initiative. The Conservative party has pledged to take far-reaching action on mental health and we will be dedicating more resources to the National Crime Agency to limit the flow of drugs and money at the highest possible level.”

In a city where seven bikes are reported stolen and many more disappear every day, these are the issues and actions that improve our everyday life. As your MP, John won’t be scoring points in the media or shouting from the opposition benches. Instead he will work with parliament and across all levels of government to make our great city even safer.

Vote for a safer Cambridge - vote for John Hayward on June 8.

Watch some of John and Jason's discussion via our Facebook page.